Not Asking About Other People’s Lives And Problems 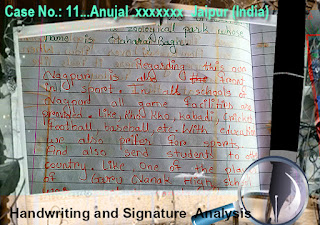 Hi, Anujal xxxxxxxx
You belong to the type of people who show childish behavior sometimes.You are very much fan of art and music.You always try to seek attention to yourself.You  may find the following type of characteristics in his or her life, for that, it is necessary to take graphotherapy
1. Pretending You Can’t Do Something
You pretend that you’re incapable of doing something that you are, in fact, fully capable of so that someone will do it for you, and focus their attention on you whilst they’re doing so.
2. Fishing For Compliments
You consistently point out your achievements, however insignificant, in a way that means that those listening have to compliment you. You do this to reassure yourself and for validation.
Whilst we all fish for compliments occasionally – if we’ve got a new haircut, outfit, or job, for example – doing it persistently is a warning sign.
3. Not Asking About Other People’s Lives And Problems
These people quite happily dominate the conversation and gain the sympathy or advice of the person you’re talking to, but rarely reciprocate.
4. Being Controversial On Social Media
You stir up trouble on social media and are as controversial as possible just to provoke a reaction.
Some people take this to extremes, spending their days trolling celebrities on Twitter, but some of us just like to share controversial articles on Facebook and wait for the reactions to roll in.

Some may not go down the controversial route but enjoy the drama instead. If you’ve found yourself posting a cryptic message suggesting that something’s wrong with you and then waiting for the questioning comments and concerned messages to arrive, it’s the behavior to be wary of repeating.
5. Being Promiscuous
You consistently seek sexual attention from those that you’re attracted to and change partners as often as you change your socks.
This is not to say that there’s anything wrong with partaking in and enjoying sex, with whoever you want, whenever you want.
Everyone should be able to do precisely as they choose with their own body without risk of judgment, and the majority of people engage in sexual activity just because they enjoy it.
Sometimes, however, people engage in lots of sexual activity with different partners for reasons that aren’t so empowering.
It might be a sign of a lack of self-esteem and they might be hoping that someone close to them will notice their behavior and voice their concern about it.
Or, they might enjoy being the focus of gossip, even if it’s negative or judgmental.
6. Constantly Exaggerating
You embellish stories and like to make every bad situation sound far worse than it really is/was in order to gain sympathy.
7. …And Complaining
Hand in hand with exaggeration goes complaining. You always find something to complain about and do so constantly, failing to ever look on the bright side or see the positive in any situation.
8. Causing Arguments
When attention is the aim, it often doesn’t matter whether that attention is positive or negative, as long as it’s there.
You consistently cause arguments for no good reason, often just for the sake of receiving attention from the person or people you’re arguing with, however negative that attention might be.
9. Doing Things Just For The Praise
The advent of social media has turned us all into attention seekers to a greater or lesser extent, but you find yourself actually doing things or going places just for the likes that the photographic evidence will get on Instagram.

But it’s not just social media. Anything you do that’s motivated chiefly by the recognition or praise you’ll receive for doing so, rather than because you genuinely want to do it or because it will have a positive effect on your life or the lives of others, also falls under this category.

Conversely, if the expected praise doesn’t come and there’s criticism in its place, this can be crippling. Whilst some people who need attention will take negative attention over none at all, for those who are particularly attached to praise, criticism can be very hard to cope with.


Along with this, there are many traits which, I have given for recovering negative traits
For more service visit to http://oemades.blogspot.com/2018/08/handwriting-and-signature-analysis.html
at April 07, 2019

Can perform the role of good teammates.

This type of personality Manoj xxxxxxx ( Name changed for keeping their secrecy )Newdelhi, has some type of behavior which is totally lo... 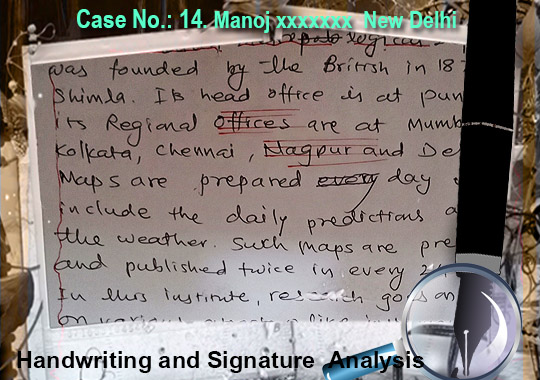